In order to give you a better service ProMinent uses cookies. By continuing to browse the site you are agreeing to our use of cookies .

For around a 1000 years, Leuna was just like any other village on the banks of the Saale in Germany. Today, the name has long been synonymous with the chemical industry. But most people don't know that the town is equipped with state-of-the-art technology.

A tradition going back almost 100 years

It all began in 1917 when BASF built a factory to synthesise ammonia. This was followed by methanol production and the mineral oil industry - an important sector in the former East Germany. When Germany was reunited, the factory known as VEB Leuna-Werke Walter Ulbricht was split up into smaller operations and sold. Today Leuna is home to a modern chemical industry with an infrastructure owned by InfraLeuna GmbH and managed on behalf of all the companies based there – from power plants and water supplies to road and rail transport, a fire service and property management. Many companies have located to this pleasant setting, including some which supply their neighbours with the chemicals they need. One of these suppliers, which uses phosphoric acid, sulfuric acid and potassium hydroxide, needed a way to meter these aggressive liquids safely.

The company opted for a ProMinent metering system with four diaphragm metering pumps from the Orlita® MfS 80/30 product range. The pumps deliver between 7 and 100 litres per hour at a back pressure of up to 180 bar. The back pressure is constantly monitored by manometers and if it becomes too high, the excess pressure is relieved by safety valves. Extra safety is also provided by the double diaphragm, which hermetically seals the side that comes into contact with the chemicals. The pump speed is adjusted to requirements by a Micromaster 440 frequency converter, which is connected to the central control room by PROFIBUS®. Other benefits include the very high metering precision of ± 0.5 % and low-maintenance operation. Even down to the smallest detail, Leuna is a state-of-the-art site.

One solution – lots of benefits 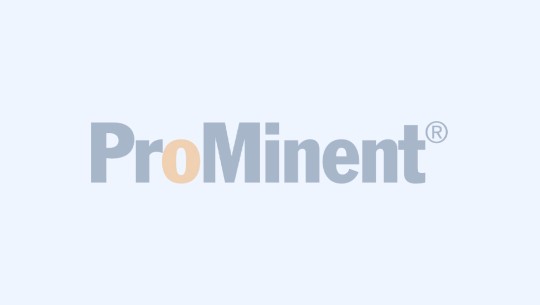 »Please send us your request! We will contact you shortly.«

Further practical examples of this industry